In the year 2000, Mario Alejandro Galdos began his career in the banking industry while going to the University of Texas at San Antonio. He had his first son, Darien Alexander Galdos at an early age and was committed to not letting him down. Fascinated with finance, in January, 2005 Mario geared his focus towards Mortgage Lending at a retail Mortgage Company who specialized in home refinances. He learned the business quickly and weathered the storm and market crash of 2008. Adapting to change is something Mario is used to. The market halt focused his attention towards home purchases and the loan options available then and now such as FHA, VA, USDA, and Conventional (Fannie Mae and Freddie Mac) Primary, Secondary, Investment, and One and Two Time Close Construction Loans.

In 2012 Mario married his wife Stephanie Christine, and they settled into their home in Garden Ridge, TX. In the summer of 2014 they had a baby boy and name him Triton Alexander Galdos. Thus spawned Triton Group. Again, much like when he started in banking, Mario is determined to live up to the name of the company and ensure that each and every relationship formed makes a difference in the lives of others!

Mario states, “Over the last few years I’ve committed to building a TEAM that would reach the masses. Everyone deserves great Reliability, Rates, and Service. Call me today!” 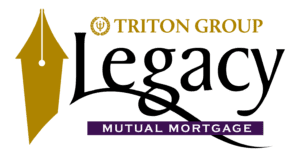 Get in touch with me:

To create raving fan home buyers by giving superior customer service, keeping the process simple (home loans, not rocket science), deliver on time closings, and maintain a positive work environment day in and day out. Simply put, to be the best of the best!

Referral Rate from Past Clients

Apply For A Loan Today

We're here for you, ready to guide you through the often difficult and confusing process of choosing and getting the exact loan to meet your specific needs.

We are an Equal Employment/Affirmative Action employer. We do not discriminate in hiring on the basis of sex, gender identity,
sexual orientation, race, color, religious creed, national origin, physical or mental disability, protected Veteran status,
or any other characteristic protected by federal, state, or local law.